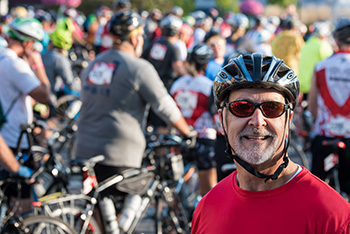 For its 12th anniversary and its second year in Troy, the Tour de Donut is planning an event bigger and better than ever. The ride will start and end around the square of historic downtown Troy on Saturday, August 25, 2018. Registration for this very unique event is now open.


The inaugural event in Troy brought 2300 riders, the largest participation number to date. This number is expected to increase as the demand of interested cyclists grows. Being Ohio's largest one-day bicycle event, cyclists travel to the Tour de Donut from 30 states.


New for 2018, the Tour de Donut welcomes Be The Match as their official charity partner. For the runners/walkers out there, Be The Match invites you to participate in the Buckeye Donut Dash. This 5k will begin in downtown Troy at 8:30am on Saturday, August 25, 2018 running simultaneously with the Tour de Donut. Registration is now open and information can be found at www.bethematchfoundation.org/TheBuckeye. The Buckeye Donut Dash raises funds to help patients in need of a bone marrow transplant. With your support in fundraising, you help more patients afford transplants, add potential marrow donors to the Be The Match Registry and make more life-saving research possible.


The Tour de Donut is a unique bicycle event in which participants' ability to eat donuts is just as important as their ability to ride their bicycle. During this timed bicycle event, riders visit donut stops along the course. For each donut the rider will eat (and keeps down), five minutes will be deducted from their ride time. The Glazer, a special donut stop, will return by popular demand. Each donut eaten at this stop is worth a ten minute deduction in ride time. A competition will be held between area donut shops during the Troy Strawberry Festival in June to choose the coveted special glazer donut.


Event organizers will offer three different distances for cyclists in 2018. New and improved routes are being designed, free of trains, that will offer riders a fun, challenging experience through beautiful, rural Miami County.


The Donut Mini, a 16-mile course, will return with one donut stop. The Mini awards its own prizes and allows younger riders and families to take part in the fun due to the shorter distance.


The 32-mile course, the Tour de Donut, will offer two donut stops. And, for the experienced cyclist, the Double D Challenge is a 64-mile ride with three donut stops. Prizes will be awarded for these courses in age group classes. Special awards will be given for the most donuts eaten, fastest time (without donuts), and the coveted golden Tour de Donut championship belt for the best adjusted "donut time". 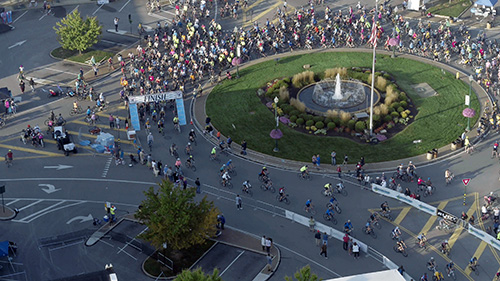