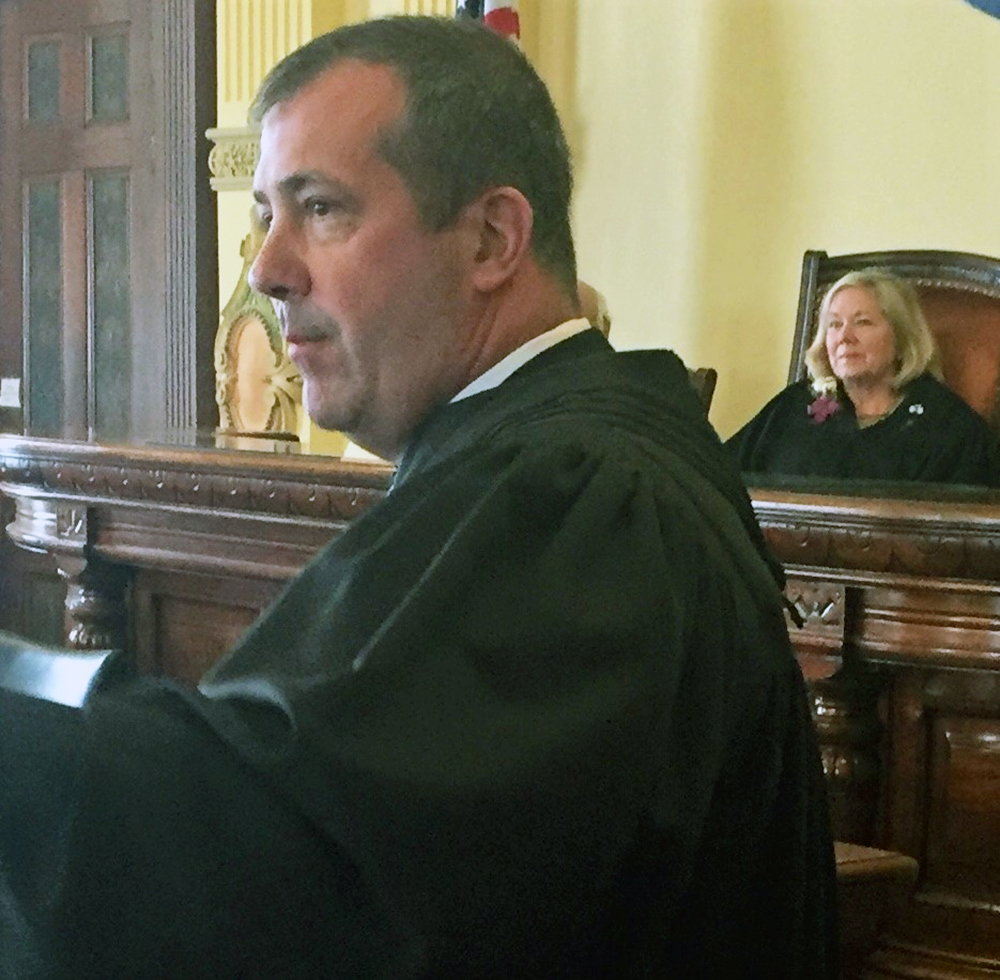 Huffman, a lawyer from West Milton, was sworn in during a ceremony in the large courtroom of the historic county Courthouse in Troy. His brother and fellow lawyer Robert Huffman Jr. swore him in.


Witnessing the swearing in were several judges and magistrates and a room packed with family, friends, court employees, members of the legal community and law enforcement and members of the public. Among judges witnessing the event was the Huffmans' sister, Judge Mary Katherine Huffman of Montgomery County Common Pleas Court.


After donning a black robe he said was worn by the late Municipal Court Judge William Kessler of Tipp City, Huffman said he was asked two questions in the weeks leading to the ceremony. The questions — "Are you nervous? and "Are you excited?"


He said naturally was excited and was nervous only because he had large shoes to fill with the departure of Gutmann, a Piqua resident. He said Gutmann "has done a wonderful job — We really do have an excellent court here."


Huffman ran unopposed and was elected in November Gutmann is retiring after 18 years on the bench. She will return to private practice.


Gutmann presided over the special session of the court Dec. 29.


"Where did 18 years go?" Gutmann said as she opened the court session. "It is always bitter sweet when you leave a job that you love."


She said she had confidence in Huffman and his ability to assume the second Municipal Court judge's seat. Judge Gary Nasal holds the other position. "I know Sam is going to be the perfect person to take over," Gutmann said.


"This has been such an honor. I am so proud of this court," she said. "Everybody who works here is treated with dignity and respect and that is how we treat the people who come into this building."


Robert Huffman Jr. thanked Gutmann for her hard work. He said she always had a smile on her face, always treated lawyers with respect and "she genuinely cared about the people in front of her."