Cycling is a favorite sport in the United States and around the world. Troy resident, Richard (Dick) Wagar, loves to cycle so much that he spent over four months riding solo from Spring Lake, New Jersey to Illwaco, Washington in 2017 and shared his experience with Troy Rotarians during their weekly meeting on January 30th. 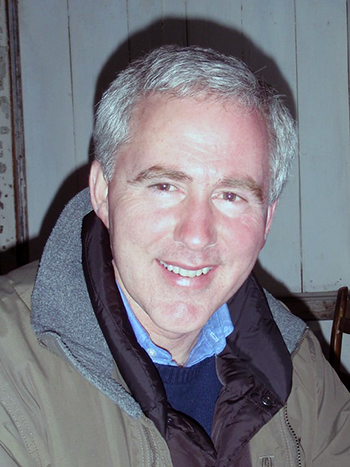 Before his first push away from the curb, Wagar spent months mapping out the route he would take, relying on public resources, websites, and information from Adventure Cycling Association. He calculated how much weight his road bike could handle in terms of food, clothing, camping equipment, and electronic devices. He opted to modify the tires and spokes, and added lights and an odometer for security, safety, and visibility. He also made the strategic decision to travel from the East Coast to the West Coast of the United States, knowing his early morning start times would have the sun at his back and improve the chance that motorists would see him easily. It also allowed him to avoid the Midwest's heat and tall corn in the summer months and enabled him complete rides through more populated areas before vacation season began. The only slowdown he could not avoid on this course was the wind. On an average day, he covered 53 miles. Depending on weather, fatigue, and any other disruptions, Wagar was on his bike 68 days and rested for four days in total. He typically rode 5.5-6 hours a day, and then would either set up a tent to camp overnight, or find lodgings at the nearest city, township, or village. By the time he reached the Pacific Ocean, Wagar had pedaled 3,621 miles.


His days consisted of personal hygiene, stretching, eating, cycling, researching the weather and route for the next day, and doing laundry. Before drifting off for his well-earned sleep, he updated a journal with his thoughts and experiences after each ride. Along the way, he documented much of his trip with pictures. He learned how to outrun dogs safely and to have a spray repellent at the ready should he encounter any bears in Yellowstone National Park. The only detour he was forced to take was due to a forest fire in Montana that took him about 10 miles out of the way. In all, it was a trip of a lifetime and one that allowed him to see the beautiful country, meet wonderful people, and do a lot of deep thinking as the miles passed by. To learn more about cycling opportunities, visit www.adverturecycling.org.