Music makes the world go 'round, or at least makes it sound good. Troy's Hobart Arena, 255 Adams Street, is becoming a go-to venue for musical acts across many genres thanks to the leadership of City of Troy Recreation Director, Ken Siler. He spoke to Troy Rotarians during their weekly meeting on October 31st to discuss the effort involved in attracting such world renown performers like Chicago, REO Speedwagon, Martina McBride, Trace Adkins, and Mercy Me to Troy. 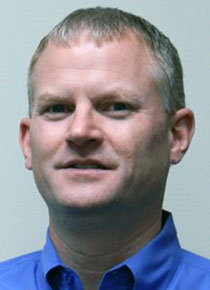 When the seats are counted in the arena, it can hold just over 3,700 guests. The size of Hobart is ideal for many performances but too small for others. The newly renovated space is used for many purposes and attracts a broad demographic of attendees. Skating, ice hockey, walking for exercise, Winter Guard International practice, graduation ceremonies, and musical performances are on the growing list of things to see and do at Hobart Arena. In addition, the closure of two area venues has increased the demand to use the facility by several nonconcert groups.


When a musical act is on the schedule, the goal is to sell enough tickets so that the stage can be seen well from many sections around the facility and to cover the costs incurred for each performance. While there are several methods Siler and the team at Hobart can use to select bands and artists, they have opted to work with an outside promoter who recommends, refers, and helps to book the acts. The City of Troy can work with a partner to defray the risks and costs of each show; however, the visiting acts might choose to rent the use of the building, pay for staff expenses and bear the risk of any financial loss if the ticket sales are below breakeven.


Siler discussed how, in 2008, area voters agreed to allow the sale of alcohol in the arena. This change has enabled Hobart to offer more promotional activities, such as concerts, to increase the use of the facility. As the number of activities held in the space has grew, Siler and the city realized that improvements were needed to keep the arena attractive to future acts. In 2015, the City Council authorized a $9.6 million investment to fund a major update and expansion of the facility. Today, Hobart Arena offers conference space, back-of-house facilities, new locker rooms, additional concession areas, and other improvements that have made it more modern and functional. To learn more, and to see what is scheduled to be available at the facility, visit www.hobartarena.com.